A Walk Through the Sierra 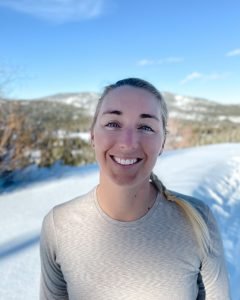 This past January, I got a text from my trail family asking if I was interested in going on a backpacking trip for 12 days in the Southern Sierra in August. Without hesitation, I said yes. Little did I know how this trip would impact my life, let alone bring perspective to the Sierra Nevada Climate Vulnerability Assessment project I had just joined.

Multi-day backpacking trips offer a different perspective than day trips. One isn’t better than the other, they’re just different. Day trips can sometimes feel rushed, whereas when hiking through the backcountry day after day, your senses start to settle and you start noticing details that aren’t as obvious at first glance.

I realized this after a long day on the trail. A beautiful warm day, but one of those days where my sole mission was the efficiency of getting camp set up so I could jump in the water and then eat my freeze-dried mushroom risotto.

I had just finished setting up my tent. Golden hour had already begun. I could feel the tightness in my calves and on the bottoms of my feet, and the strain in the back of my neck from looking down. I stripped off my socks and shoes and dove into the lake.

As my body started to feel the calming effect of the cold water, I began to forget about the aches and pains. Nothing mattered at that moment except for my surroundings.

It was my favorite time of day on the trail—the “in-between.”

The time in-between golden hour and twilight when the sun drops behind the mountains, casting dramatic shadows onto the landscape. The colors became rich hues of purple, pink, and orange. The daytime winds calmed, creating a mirror effect on the water. Golden trout danced on the lake. Temperatures started to drop.

Everyone pulled on their layers of down and fleece and we sat in our chairs waiting for our dinners to cook. And for the first time that day, we felt grounded.

The incense of cedar, sage, and fir became stronger. And aside from the “plop plop” of the trout, and the cicadas buzzing in the distance, there was a moment of true quiet.  In that moment I began to reflect on the extreme relevance of the climate data I had been collecting and analyzing over the past 6 months.

The Sierra Nevada and California depend on snowpack and glaciers. The snow cover accumulation is a source of surface water and acts as a reflector of sunlight, creating a cooler surface climate. When there isn’t precipitation, glaciers become a source of water for vegetation and animals. Shrinkage of these glaciers leads to drier conditions, leading to ecological consequences, and poses a fire risk to higher elevations.

The rising temperatures and glacial receding also influence alpine lake water temperatures, streamflow, and forest health. During my time on the trail, I noticed these ecological consequences firsthand. As pleasant as it was to swim in 68-degree lakes at 10-11,000ft, it was also very concerning.

It became clear that the Sierra is changing.

The picture above is of Goddard Glacier in the Sierra Nevada, the same glacier pictured below. All these photos were taken in August. The difference between 2004 and 2021 (just 17 years) is huge, let alone the comparison from this year to 1908. These changes are attributed to warming temperatures and less snowpack replenishment. My work on the Sierra Nevada Climate Vulnerability Assessment involves collecting and analyzing data that quantifies what I saw with my own eyes on this backpacking trip last August. For more information on the Vulnerability Assessment, including how this work will identify environmental, social, and economic climate vulnerabilities specific to the Sierra Nevada region, while also providing communities with the data and technical support they need to undertake climate planning and priority-project identification, click here. 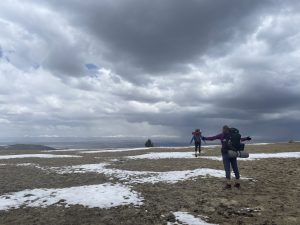 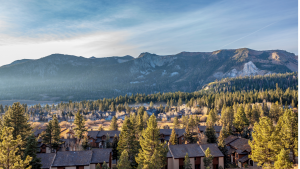