The New Normal in the Sierra Nevada: Lessons learned from the Caldor Fire 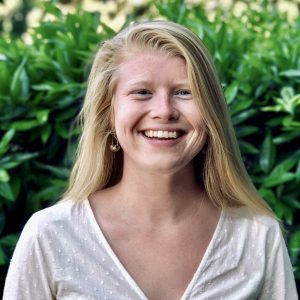 With October’s recent blast of much-needed rain and snow throughout the Sierra Nevada and the immediate threat of wildfire in the region easing with the change of the seasons, we can allow ourselves to reflect on this difficult fire season while also recognizing the continued impacts we will see through the winter and in the years to come. While these recent storms haven’t fully brought an end to fire season, they provided much-needed relief to many of the fires burning in the Sierra and across the West.

In my own experience with the Caldor Fire, I learned a lot, both in terms of preparing for wildfire and seeing firsthand the impact of climate change on my community. Earlier in the summer, I participated in a focus group through the Tahoe Network of Fire Adapted Communities Program, held to gain feedback in order to provide more relevant resources to long-term renters. This focus group was the push I needed to get prepared for wildfire, which thankfully encouraged purchasing a renters insurance policy that paid off during my evacuation in early September.

Unfortunately, this is not the last time we’re going to see wildfires or storms of this magnitude, though. The region’s forests will continue to burn as intensely in future years as they did this past August. The Dixie and Caldor Fires have been the only two fires in history to ever cross the Sierra Crest but they likely won’t be the last. Successful forest treatment projects over the last ten years (and the heroic work of firefighters) were what slowed the Caldor Fire enough to save homes and businesses in the Tahoe Basin, but often the threats posed to fire-impacted communities like mine are still only just beginning by the time containment is reached.

With extreme drought conditions come larger wildfires, and with rising temperatures come rain more often than snow. These two things together can cause serious landslides, heavy debris flows, and flash flooding in and around burn scars. This was seen in both the Dixie and Caldor Fire burn scars during this last storm cycle and is something we will continue to see more of as climate change continues to impact the Sierra Nevada.

While it may not be top of mind for government agencies during these difficult times as they’re responding to these emergencies and still recovering from the catastrophic impacts of these fires, this is a critically important juncture for jurisdictions throughout the Sierra Nevada. I feel lucky to help drive solutions to climate challenges through SBC’s Climate & Energy team. Local government agencies need to continue to actively work towards mitigating and adapting to the impacts that climate change will have on our communities for decades to come. 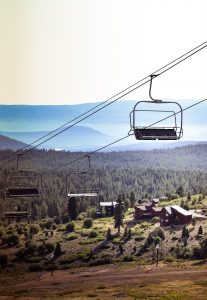 COVID Economic Recovery in the Sierra is Fast… and Slow

Visitor Spending in the Sierra is making a comeback after 2020’s dismal drop in tourism, but the tourism industry may have to make some fundamental changes in order to build a sustainable recreation-based economy in a post-pandemic world. 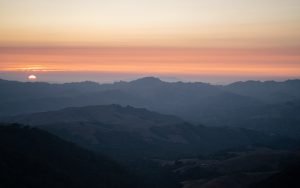 …Of particular interest to SBC and our region is, of course, funding for wildfire and climate resilience programs. 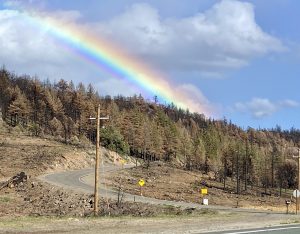