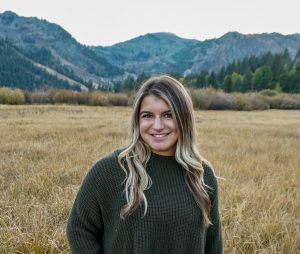 With the return of in person gatherings, the SBC team has had a busy fall attending conferences and meetings across the state. I have had the opportunity to attend both the annual Sierra Nevada Alliance (SNA) Conference in Portola, CA and the Wildfire and Forest Resilience task force meeting in Grass Valley, CA. Both of these events brought together hundreds of people from across the state looking to share and gather ideas of how we can make our Sierra Nevada communities and forests more resilient. Several SBC team members also attended the California Economic Summit.

While this year has been a shockingly mild year for wildfires, the two-day SNA conference ironically fell directly in the heart of the week-long smoke period brought upon the Portola area by the Mosquito Fire. Many outdoor presentations were canceled, and participants were reminded of the stark reality Californians will continue to face during the drier months of the year. While wildfire and forest management was an ongoing theme throughout the conference, presentation panels ranged everywhere from how outdoor recreation can help shape conservation in the Sierra Nevada to how traditional tribal techniques can be implemented to help with today’s pressing issues. SBC team members Jill Sanford and Kaeleigh Reynolds also participated in two panels throughout the conference.  The first was on the recently published 22-county  Sierra Nevada Vulnerability Assessment , and the second was a roundtable discussion on the new Community Economic Resilience Fund and how we expect the allocated money to increase sustainable economic growth in rural communities throughout the state.

Two weeks later, much of the same community gathered at the Wildfire and Forest Resilience Task Force’s Sierra Nevada focused meeting. Created by Governor Gavin Newson, this task force was designed to “bring together an unprecedented coalition of the best available resources for preventing catastrophic wildfires by creating healthier, more sustainable natural environments.” Preventing these fires and managing our forests is multifaceted. With today’s extensive technology and data at hand, many presentations emphasized the massive milestones we have made in tracking, mitigating, and fighting the catastrophic wildfires California has been experiencing. However, despite this progress, California still has significant room for improvement.

SBC’s president, Steve Frisch, spoke as a panelist during the “Resources for Resilience: Funding Landscape-Scale Conversation” presentation alongside Jonathan Kusel (Sierra Institute), Sherry Hazelhurst (USFS) and Angela Avery (Sierra Nevada Conservancy). During his presentation, Steve applauded many of the goals outlined by the Task Force and the state, such as the goal of treating one million acres per year, putting together the science needed, strategizing and creating the tools to execute these goals. However, Steve pointed out that there are many barriers still in our way. “What we did in the last two years was invest 1.3 billion dollars over two years in forest management and we treated maybe 250,000 acres of land, if we’re lucky,” Steve stated. “So in order to treat one million acres per year, we are going to need to invest about 3-5 billion dollars per year in wildfire.” Steve further explained that it is unrealistic to rely on solely state and federal funding for forest management and wildfires, because even with a historic $97 billion budget surplus, annual wildfire funding was only allocated about $600 million. In order to increase consistent annual funding, we are going to need to see increased participation from the private sector and non-profit organizations in a state-wide campaign to advocate to increase the level of funding coming out of the State of California as well as other funding sources.

SBC’s Government and Community Affairs Director, Stacy Corless, also serves on the executive committee of the task force. Find a summary of meeting highlights and resources here and learn more about the task force at wildfiretaskforce.org.

My immediate reaction to the two events was to feel hopeful and optimistic, but after a deeper reflection, those feelings transitioned into frustration and determination with the realization of how much work still needs to be done. While the hope and optimism is not lost, I, along with the rest of the SBC team, will take the ideas, techniques, and strategies gathered and use them in a path forward to ensure that our Sierra Nevada forests and communities continue to thrive for years to come. 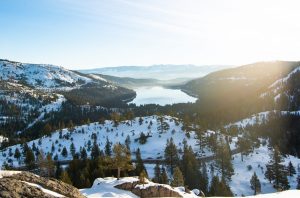 Energy Efficiency in the Community

Curious what the SNEW team has been up to lately? We work closely with local governments, school districts, public agencies, and small businesses in PG&E’s territory to help them achieve their energy goals wherever they are on their path to sustainability. 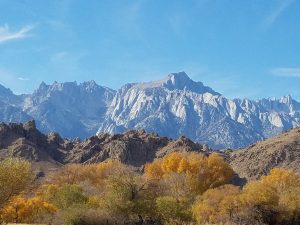 HELP US BUILD A STRONGER SIERRA